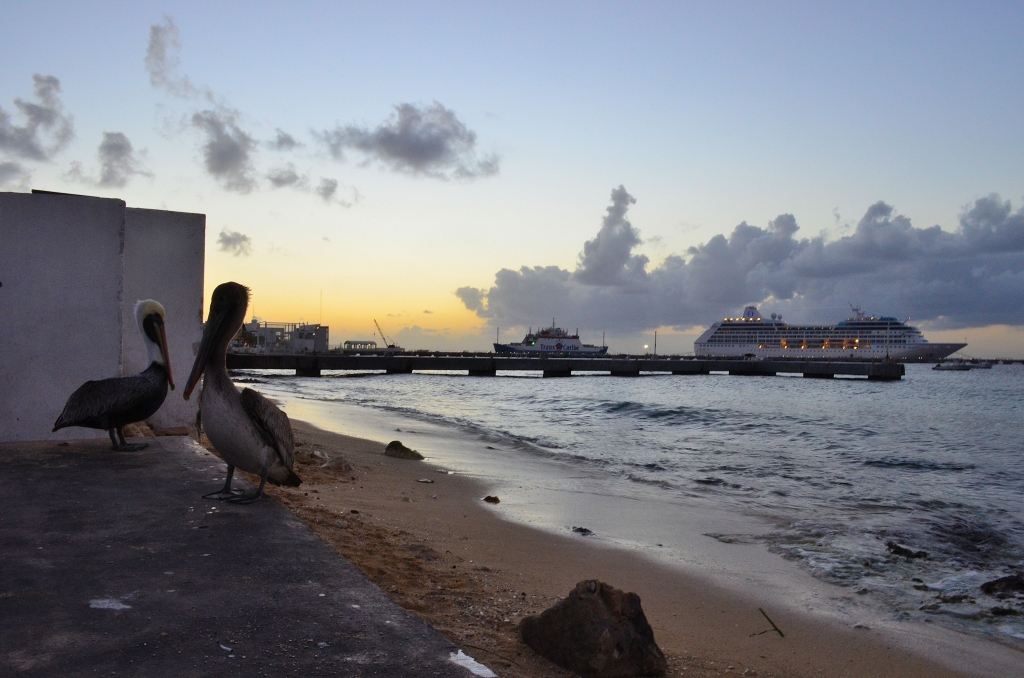 Living in a foreign country that speaks a different language than my own, I am sometimes asked strange questions.  Today, a manager at my job asked me how to say in English “to be awake as opposed to asleep.”  Had it been anyone else, I would have said, “That’s the word in English, ‘awake’ as opposed to ‘asleep.'”  But I knew he was asking me figuratively…so I said “Enlightened.”  He was referring to some American customers I had that day who had traveled to Cozumel via cruise ship and who were just behaving very poorly…embarrassing for me to watch being that I am also American.  It has taken me 2 years of me living outside the U.S. for me to realize that I was in fact right when I left NYC…there really is something more to life than what I had experienced until then.

But let’s shift gears a bit.  Who do we have in our lives to count on to make sure that we don’t end up like many of these poorly guided souls who will only lead a life of self destruction because they are never enlightened, they never experience that euphoric sense of all-knowing, acceptance, modesty…never led to see that there really is something beyond the Long Island Iced Tea served in a yard glass and that they should stop fearing things and people that are not like themselves!  I want to get up on a stage and scream out to the world:  “Live for just a day as though you have nothing to lose…see something…experience something…have an adventure!  Love someone like you’ve never lost anyone before!”

Listening to Americans everyday complain and complain, I want to tell them, stop blaming the world for your problems…take responsibility for your actions or just accept the consequences of them.  Work at having a story worthy of telling your grandchildren one day that doesn’t start with “One time, when I was drunk while in Mexico…!” Maybe you could learn some lessons from those who are different from you instead of behaving as though you’re better than they are, just because you don’t understand.

According to the Mayan Prophecy, on December 21, 2012, the world will change and those who are prepared, will become enlightened.  Do you know what that means?  What does becoming enlightened mean to you?  To me, it means to suddenly see the light…to finally understand…to no longer be afraid of the unknown and to love without fear!  I wonder how many of us are prepared for an enlightenment that will change the world as we know it.  Only 15 days left…are you ready?