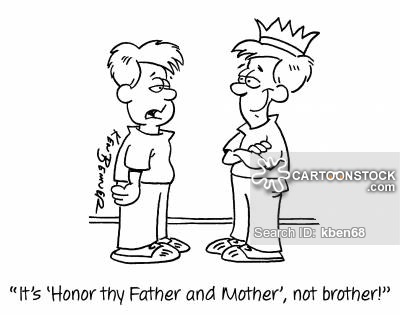 I was raised to always treat others how I determined they deserved to be treated.  We all put our pants on one leg at a time and no one is more special than anyone else.  If someone comes off to be selfish and all about their own shit, they may not have room in their life, or even the ability, to give you what you may need in a relationship with you.  You can take them for how they are…meeting with them every month or so over coffee in hopes that you might be able to share your own perspective from the outside while giving them advice from a place outside of their circle of stress.  But as far as them ever being able to do the same for you…that may never be possible because they are so caught up in their own shit that they are incapable of seeing that the relationship they share with you is not two ways…in essence they are just taking advantage of the words you share with them without being able to pay you back with the same.

I was also told that you should treat others how you’d like them to treat you as well.  I have had friends who I have spent hours listening to who like to talk about their problems and drama, yet they are unable to also see your pain or need to also talk about your own shit.  Personally, I think I sometimes enjoy listening to the problems of others so I can be grateful of where I am in life and that maybe my problems are not important enough to bother talking about.

Then every once in a while, I find myself so bogged down with so many decisions I should be making about my own life that I can’t even see straight.  I am trying to fill my day with other people’s problems and concerns, yet it isn’t helping this week.  I just read an amazing article written by a woman who I only met briefly some 10 years ago down in Tampa, who puts out a newsletter twice per week that contains articles about how we should be taking care of ourselves.  This morning, the article was called Time to Hit the Reset Button.  It began with how our past does not need to be seen as a prison and that all we really have is right now.  She mentioned some instances in her life when she had chosen to hit the reset button and what the results were.  It seemed so inspiring to me!

Except that I’ve already done that too many times!  Yet, my past still keeps catching up with me.  I keep receiving phone calls that bring up how it doesn’t matter how you treat some people…they still remain to be the toxic individuals that you just can’t shake.  They still feel as though your status in their lives is enough of a reason to bring you down once again as they remind you that nothing you’ve ever said or done for them has really ever made a different in the selfish personality that is their lives.

And that is why I’m so glad that with today’s modern technology, I’m now able to block calls so that I am never tempted to answer them…leading me to once again have to defend myself against a way of thinking that I will never understand.  How he and I came from the same world…the same parents…yet could never be any further apart than we are now.  I hurt inside so much because I am being forced to perform actions that are so unlike me as I leave him and his family on the outside…unable to do anything more for him because I’m so tired of being taken advantage of…so tired of giving and giving and giving and never receiving anything back in return.  Our relationship has become so exhausting and tiresome that while I hate for my life to be completely void of family, I still know how much better off I really am alone in this world.  (I used to say, “With family like him, who needs enemies?”

Just because we’re related does not warrant for me to accept those calls anymore… leaving me feeling so bad about him and his life and the decisions he made against my advice, in addition to me knowing I could help him again by giving him the same advice I’ve given so many times (God knows that because of him I can no longer give him any money because I’ve lent it all to him).  But as the saying goes, you can lead a horse to water, but you can’t make him drink.  This is why I just can’t do this anymore.  I’ve been left with nothing already…I have nothing more to give…and for this I am made to feel bad by the man who I tried to help so many times throughout my entire life…to only have it all turned back on me.

I have chosen to treat someone who used to mean the world to me and for whom I would have done anything…exactly how he deserves to be treated by finally blocking his number from my phone as I hit my reset button…AGAIN!

Adiós mi hermano menor…I hope that you now will finally take your head out of your ass and grow up.