I think about this concept every once in a while.  I wonder when I became as hard and jaded as I seem to be now.  I think back to one of my earliest “boyfriends” (as in one of the first men I went on a date with) and I remember having a heart-to-heart with him when I explained to him that he deserved to be with someone better than me.  I didn’t really know what that meant though, at the time, I think I was 16 or 17 years old.  I seemed to sense though that I was just a “bad girl.”  But why?  I was a kid!  I had just graduated from a private high school…I had maybe had sex just a few times…I had never cheated (and never planned to)…I never robbed anything or lied to anyone…why did I think I was such a bad girl then?  What did my unconscious know about my life and my future that I had not even discovered yet?

I remember our conversation so clearly…and he was super innocent…super transparent about how he felt about me and how much he cared for me and how he would have literally done anything I had wanted him to in order to make me happy.  And he wasn’t a wimp…or weak…in that he allowed me to wear the pants in the relationship.  He was smart, successful, tall, good looking, well built…could have had whoever he wanted.  Maybe I didn’t feel as though I deserved to be with someone like that.  But why not?!?!  What did I know about myself back then, when I had not really yet seen the depths of humanity yet…how did I know what I was still destined to witness that would literally change my life?

Today I was chatting with a neighbor…she’s maybe 28 with a 5 year daughter who she is raising alone.  She seems to be on friendly terms with her “daughter’s father” as she refers to him…but not as her ex-husband…though I know that they don’t live together.  Anyway, while we were talking, I was explaining to her how I had been so lucky to have been able to obtain a bartending job while living in Cozumel because it was what made me legal to be here…it was how I was able to obtain my visa to stay in Mexico as a resident, without having to keep leaving and coming back every 6 months like most Americans who live here on tourist visas.  (Of course, that job is also what helped me to pay my bills so that I was able to stay anyhow…the sacrifice I had to make in my professional career that allowed me to be able to dive the Caribbean for half the week while eventually living with the man who brought me to Puebla.) 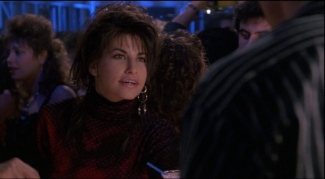 Anyway, she mentioned that when she was younger, she had also wanted to bartend at a place owned by her uncle but that her father had said, “No, that it was not a job for a woman.”  And she did not understand that…something she was looking to me to explain to her.

I felt as though I needed to give her a good answer…not just how grateful I had been for having moved to this country as a seasoned bartender who was qualified to complete a job everyday without having any regrets while in Cozumel…but rather what had drawn me to my first bartending job…way back in history.  Why had I made the decision to begin bartending way back when I was only 17 years old…shortly after I had broken up with that young boyfriend from high school?  I thought to myself…that’s the answer to so many of my friends who ask me how I’m able to be so strong…strong with the rules against men, strong with my decisions to NOT call that guy, even though my heart is screaming in my ear…how strong I am about NEVER having married…the strength it takes to live alone and to NEVER feel lonely.  The strength it took for me to leave my country and leave everyone I had ever known behind me…possibly to never see them again.  And I remember this…

When I was 17 years old, I was a freshman in College…living in my own place apart from my parents…paying my own tuition because my father (with his fancy car and suits and shoes and watch) had told me that he could not afford to pay my tuition for me…I was a full time student who had my weekends free to go out and party…when I realized that I could party just as hard from the other side of the bar.  I realized that I could bullshit about anything…make friends with a lamppost if I had to…blend in anywhere…like a chameleon.  And it was not hard for me to find a bartending job at 17…anyone who knows me, knows I was gifted with a pretty decent body…requiring very little time at the gym to stay in shape.  Imagine me at 17?  My body has not changed much in the past 25 years.  A good friend of mine, when I was 23 years old, used to say I was built like a brick shit house.  I had cubes on my stomach, and yet I never did a single sit up..arms sculpted from moving racks of glasses…long legs and auburn hair from my German/Irish father and a 36D cup from my Italian mother.  Crazy!

Crazy?  Or dangerous?  I now will say that it was dangerous…why?  Because it always got me what I wanted…without me EVER sleeping around.  I was almost a prude when it came to sex!  But everyone wanted me to work for them.  I made so much money from behind the bar…it was almost criminal!  But I always stayed in school…went to college…got my Master’s…which probably just made me more dangerous.

So today, I look across at this young, innocent woman who is looking for a good answer from me…having become a single mother…someone I had never envisioned myself to ever be…she wanted to know why she had been able to have the same type of job while she was still young.  And I asked her…do you see how hard and jaded I am?  How much I enjoy living alone with some boyfriend always just lingering off stage?  How much I prefer working at home, with friends always around with whom I get together with to get into trouble with…but who I never actually “let in”?  And she tells me, Yes!  I wish I could be like that!  And I told her “No, that is not the way life is meant to be!” 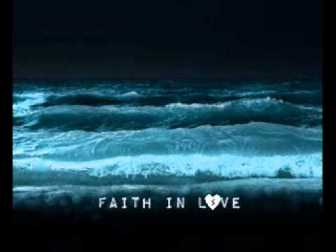 The secret to life is to believe in love enough that you are willing to make mistakes…willing to get hurt…even if it means you are loved for just a moment.  Life is about being innocent and having faith that the next guy might be the one…the next guy might be the answer to your feeling lonely…Life is about trying to have a child that you are able to love forever…NOT running away from that type of commitment and convincing yourself that you are better off alone…because as a bartender you’ve seen how dishonest people can really be.  Convincing yourself that you are better off dating the devil because then you know that you could never make a commitment to the devil anyway…regardless of how many years ago you must have sold your soul to him anyway…maybe knowing that’s why you belong with him…because you know he already possesses you, inside and out.  So she asks me, straight out, then tell me, “When did you lose your innocence?”

And that, my friend, is the million dollar question…and I can not tell you…except to say that maybe I never had any to begin with.

2 thoughts on “When did I lose my Innocence?”